Well those drifter’s days are past me now
I’ve got so much more to think about
Deadlines and commitments
What to leave in, what to leave out 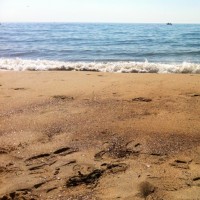